10 Mistakes to Avoid When Selling Your Home 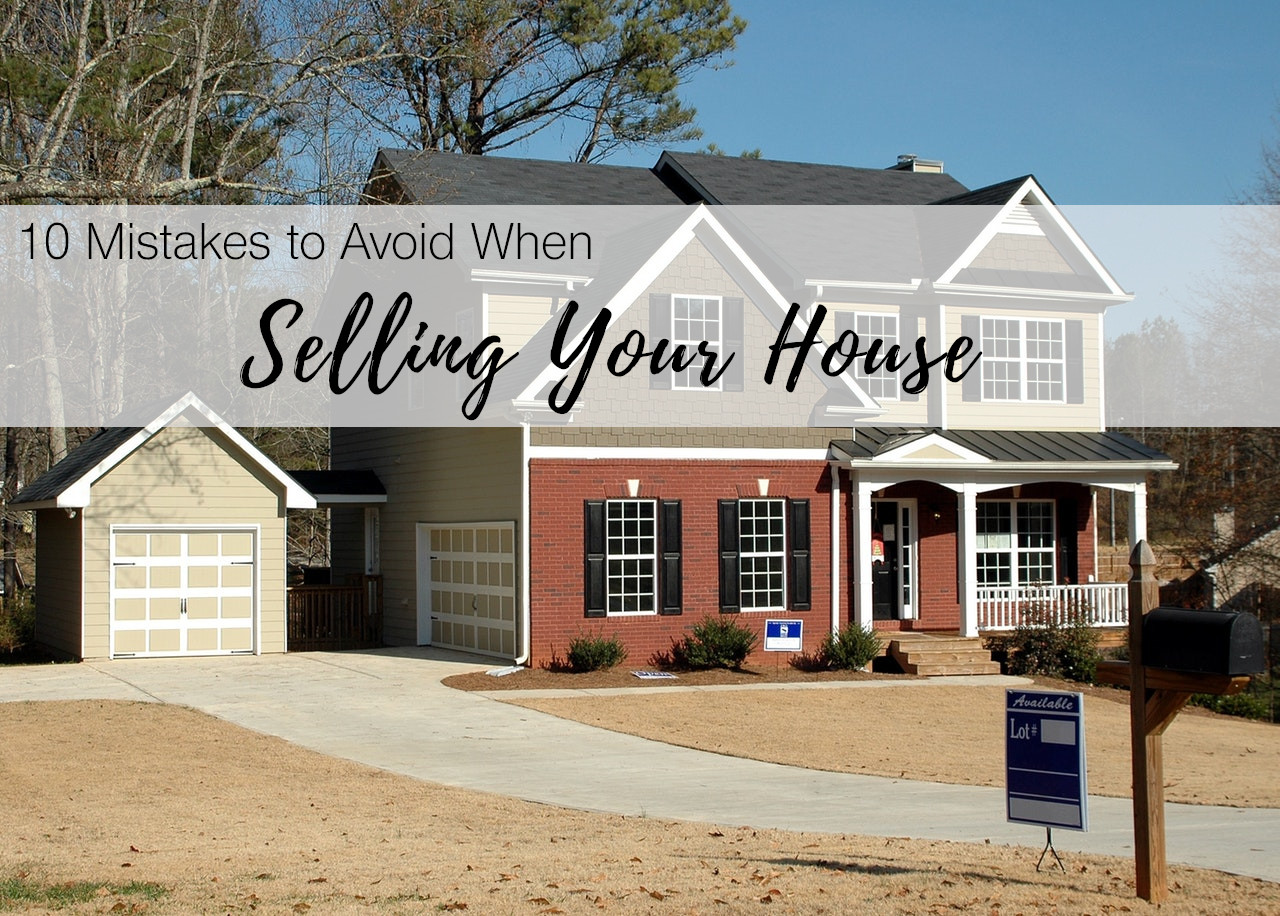 Selling your home is always a big decision, and it can seem like an endless parade of tasks and choices along the way to closing day.  It can set the stage for an anxious time, if you feel like you will misstep along the way.  The very best the very best thing you can do is enlist the services of a reliable, knowledgeable real estate agent - and if you're here, then you can already guess that we think Dupuis Team is a great partner for your transaction!

The second best thing you can do is arm yourself with knowledge about the process.  Here are some great tips about things to avoid, from a recent article in US News & World Report:

Unless you’re planning to sell your house to an investor who will flip the property, selling your house “as-is” won’t yield the highest possible sale price.Homebuyers today expect move-in ready conditions and want to see a blank slate that allows them to picture themselves living in the home. That means you'll need to update appliances, paint walls neutral colors such as gray or khaki and remove old carpeting.

Letting Your Emotions Get the Best of You

It’s natural to have some emotional attachment to your house after living in it for years and celebrating milestones, holidays and accomplishments with your family and friends there. But you have to view selling your house as a business deal. A low offer is not a personal affront, but a start that can either be negotiated up or declined. Plans to renovate part of your house are not an insult to your taste, but a difference in preferences. The more you can approach the sale of your house as a business deal, the better off you’ll be to make the transaction as smooth as possible.

When your house is on the market, showing the house should be your priority. That means if you get a call that a buyer would like to tour the house, you need to be able to leave the house in pristine condition quickly. Even on holidays, an interested buyer is likely serious about making an offer and you shouldn't refuse a showing. So while you’re trying to sell your house, try to hold Thanksgiving or other holiday celebrations elsewhere.

It’s tough to remove belongings while you’re still living in your house, but presenting each room and space in its best light means you'll need to declutter in more ways than one. Get rid of items you don't need anymore, but also remove oversized couches and other large furniture that dwarfs the room, clear out closets so they don't look overcrowded and put away decor that displays too much personal detail. “You’d be amazed at how many people walk into (a home) and have trouble visualizing where their stuff would go in here,” says Ellen Cohen, a licensed associate real estate broker with real estate brokerage Compass in New York City.

Not hiring a real estate agent to represent you may seem like an easy way to avoid paying commission, but you’ll miss out on a real estate agent's market knowledge, contacts and help with the process. Unless you have a real estate license or are planning to find an iBuyer, a real estate agent is key to a successful – and less stressful – home sale.  For-sale-by-owner properties tend to sell for a lower price overall. In the National Association of Realtors’ 2019 Profile of Home Buyers and Sellers released in November, FSBO homes sold at a median of $200,000, compared to a median sale price of $280,000 for properties that sold with the assistance of an agent. If you're looking to sell your home for its full market value, professional insight is more likely to get you there.

Spring and early fall are often hailed as the best times to sell a house, but that doesn’t mean you should wait months to put your home on the market. While December and August see the fewest sales, according to DuBray, homes sell every month of the year. In fact, February is the best month to put your property on the market, DuBray says – even in places that see long, cold winters like Chicago and Milwaukee. “People are less distracted in that month than every other month of the year,” DuBray says.

You want to sell your house for top dollar, but be realistic about the value of the property and how buyers will see it. Of homes that sell in their first week on market, 57% sell for the full asking price, according to a 2017 report by Zillow. By the fourth week, that share drops to 32%, and only 18% of homes that sell after eight weeks receive the full asking price. If you've overpriced your home, chances are you'll eventually need to lower the number, but the peak period of activity that a new listing experiences is already gone. "Time will kill you," DuBray says. "You still think you're going to get showings and showings (as time goes on) and you just don't." For that reason, it's important that your real estate agent is honest with you about what your home will sell for, based on the recent sales of similar homes in the area.

Pulling up carpeting and painting the walls are relatively easy tasks to tackle, but you’ll want to fix major issues as well. Cracks in the foundation or a new roof are expensive fixes that you may be wary of taking on, especially when you won’t likely recoup the entire cost in the sale. But DuBray says you’re better off fixing these issues now rather than have the buyer ask for a credit to cover the cost of the repair later. This way, you have more say over who does the job and the total cost of the repair. “Plus, it’s something to brag about (in the listing description) if you have a brand-new roof,” DuBray says.

Being Unwilling to Negotiate

If you’ve received an offer for your house that isn’t quite what you’d hoped it would be, expect to negotiate. While you’ll naturally feel your asking price is more than fair, the only way to come to a successful deal is to make sure the buyer also feels like he or she benefits as well. If you would like to see the sale price come up, consider offering to cover some of the buyer’s closing costs or agree to a credit for a minor repair the inspector found. That way, “the buyer doesn’t feel like he’s getting raked over the coals for no reason,” Cohen says.

The first way many buyers see your property is by viewing photos of the house online, so don’t make them cross your house off their list before they’ve even visited. Among buyers who used the internet as part of their home search, 87% found photos of the property to be very useful, according to NAR’s report, which surveyed nearly 6,000 people who purchased a home between July 2018 and June 2019. Most real estate agents include professional photography in their marketing budget. Even if you can’t get a professional, make sure all photos give the buyer an idea of the size of the rooms. Also make sure photos are well-lit and keep you out of the frame in any reflections.